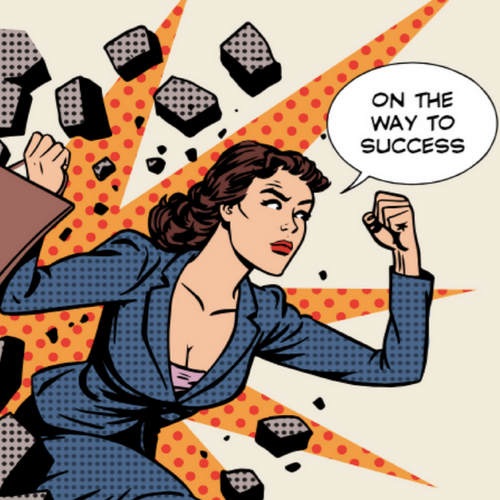 As we head into the final weeks of 2016, I won’t lie to you – this time has been intensity+++. To give you an idea at the velocity of transformation that’s happening, this week alone I’m having fourteen astrological transits.

As 2015 came to a close, I was determined that in 2016 I was going to up-level the GlobalWoman game-plan. It was time and I was ready. What I had been doing was working to a point but I knew there was untapped potential for more creativity and success. In truth, I wasn’t close to the vision I held of where I wanted GlobalWoman to be.

In January when I was setting the intention for the coming year, the word ‘Breakthrough’ came through. I laugh now as I recall how excited, and naive, I was about what I imagined ‘breakthrough’ would look like in my life in 2016.

Eleven months later, battle-scarred and worn weary, the biggest lesson of 2016 is that ‘Breakthrough’ is earned only through making the big decisions followed with inspired action. Especially in doing the hard work when the work gets hard. Tweet This

In the optimistic sunny glow of the new year mind, ‘Breakthrough’ looked effortless, miraculous and glamourous. So much so I saw myself swanning around town, racing from meeting to meeting, closing every deal and drinking copious celebratory champagne.

Going from new year to real year was another matter.

What I hadn’t planned on was the level of internal resistance I would encounter for breakthrough to happen. Resistance that I had been completely unaware of until the moment I decided to up-level. In my case, resistance showed up wearing the masks of sabotage, comparison, postponement, vagueness, distraction, anxiety, uncertainty, unworthiness, fear and self-doubt.

The list goes on – it’s no wonder breakthrough had been a long time coming.

When ‘Breakthrough’ and I intuited each other in January, we chose wisely, for maximum transformation and co-creation. ‘Breakthrough’ had its work cut out with me, and for the up-leveling that I was committed to, I had my work cut out to master breakthrough. Life could no longer be set to rinse and repeat cycle.

The biggest breakthrough came through owning my greatest fear, which was having skin in the game. I’ve learned, as Elizabeth Gilbert writes in ‘Big Magic’, “It doesn’t have to perfect and you don’t have to be Plato”. Tweet This

This year I’ve had to commit to breaking through my family and friends accepted level of success. I’ve had to commit to overcoming my overwhelming fear of visibility. I’ve had to breakthrough my fear of asking for my worth. In fact the most profound breakthrough occurred when I decided to go from vagueness to clarity when I worked out what my value was worth in dollar terms as opposed to pulling random numbers out of the air. Upleveling from there was to state the clear case for my value.

As 2016 draws to an end and focus shifts to 2017, my invitation to you is to join me in keep going for the breakthroughs. Wherever you find yourself GlobalWoman, use this time to breakthrough your resistance zone and take the risk of investing in yourself.

Here’s to the GlobalWoman journey-makers and trailblazers, wherever you are. And know, I’ll always have your back.

With my deepest respect and gratitude,